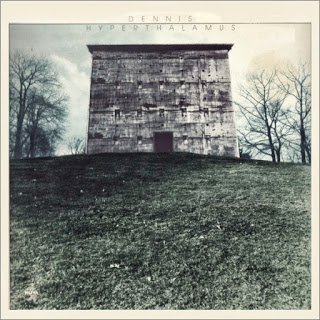 “Carsten Bohn was a pilllar of the first wave of German Rock bands. He drummed for the ‘City Preachers’ (1969) , then for ‘Frumpy’ (1970-1972) before creating in 1973, the band ‘Dennis’, named after his son, with ‘Frumpy’ bandmate Thomas Kretschmer. The band’s headquarters was an old village school outside of Hamburg, where the band lived and rehearsed with often-changing line-ups including Manfred Rürup (‘Tommorrow’s Gift’) and Michael Kops on keyboards, Thomas Kretschmer (Ex-Frumpy) on guitar, Klaus Briest (‘Xhol’) and Hans Hartmann on bass, Willi Pape (‘Thirsty Moon’) on sax and flute, Olaf Cassalich (‘Ougenweide’) on percussion and Carsten Bohn on drums & percussion. The music itself was based on collective improvisation, with either a rockier edge or a jazzier feeling, depending on the musicians, recalling ‘Thirsty Moon’ or ‘Tommorrow’s Gift’… The record is highly recommended.”

“This Dutch group was one of the earliest Continental European progressive rock bands… Acid rock elements are clearly present in their first albums from the end of 1960’s, and PINK FLOYD’s “Saucerful of Secrets” album has surely been an innovator for them, like to so many other spaced out groups. Their music isn’t an exact copy of their innovator’s sound though, as there is a wide spectrum of different styles merged to the band’s music in custom of psychedelia’s artistic freedom. The overall feeling of the band’s early music is nonrelaxed but not very aggressive, probably pleasing the fans of music describings a cosmic journey within one’s mind… Their mostly instrumental music grew to a larger scope containing strong musical elements.” 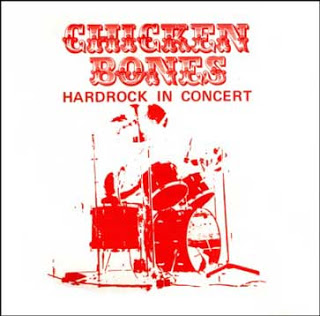 “The title of Chicken Bones’ album Hardrock In Concert (1975) says it all! There are six “very hard rocking tracks” included therein, performed in the good old tradition of the early seventies heavy progressive scene. Most of the album is instrumental.”