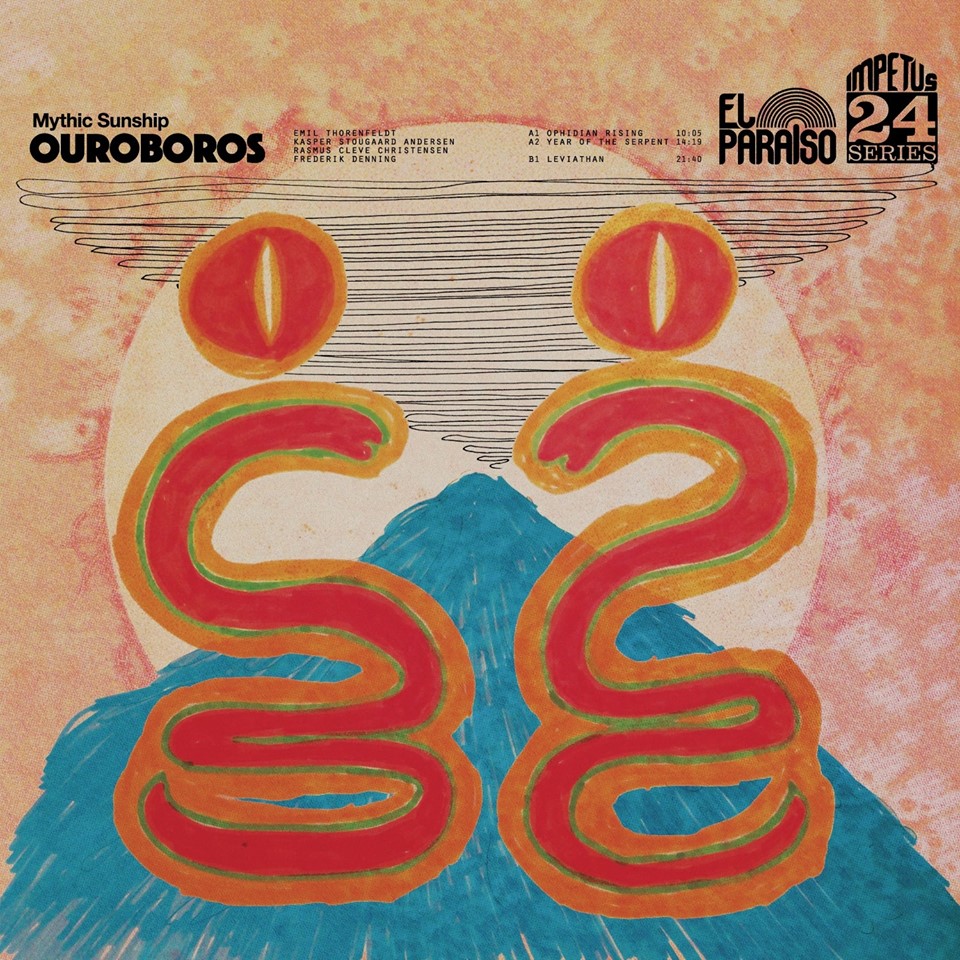 “With a band name mingled from album titles by John Coltrane and Sun Ra one might expect Mythic Sunship to be jazz band. However, this is not quite the case, although the Copenhagen quartet shares a similar sense of exploration and general untamedness with that of the two masters of cosmic jazz. The destination is transcendence alright, but the vehicle, ultimately, is assembled from decades of ROCK… where ferocious drum-pounding and thick, Geezery basslines adds fuel to an endless pyre of blazed-out dual fuzz guitar action. This stuff is wild.”