“The debut release of Brazilian trio Psilocibina captivates the audience. This is more than interesting stuff for friends of the “good old school” of 70s Rock, as well as for connoisseurs of experimental sounds. The band skilfully fuses urban sound structures with sounds of the South American vibes, seemingly with the slightest lightness and you’ll never miss the pure joy of music. These musicians know exactly what they are doing, as the balance between playful melodies and omission is ingenious. No wonder it’s hardly noticeable that Psilocibina function completely without singing.” 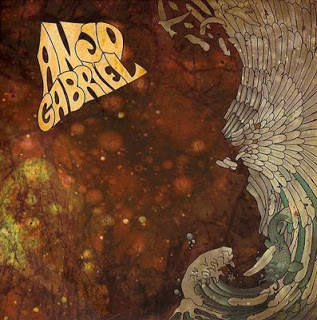 “Angel Gabriel is commonly referred to in religious communities as a “divine messenger” or a “messenger of God.” Maybe the religious implications of this name were on the mind Anjo Gabriel when the South American’s first formed. Either way, you can not help feeling that this is used as a metaphor by the progressive jam band, as a way of transporting their psychedelic rock teachings to the rest of the world. The Brazilian’s krautrock-inspired sound, dilutes acid guitar swooshes, which are at times, incredibly chaotic, as they interweave through space and time. The self-proclaimed ‘psychedelic messengers’ of South American rock will spread their teachings far and wide.”