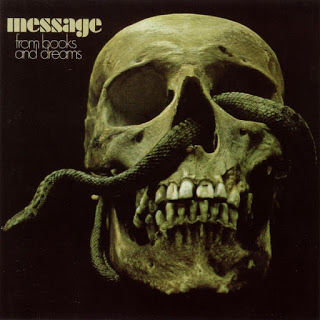 “Originally born as a German-British band, the music of MESSAGE oscillates between a substantial heavy rock and a nice folk rock articulated around a range of keyboards arrangements. Their first album was recorded under the direction of the famous musical engineer Dieter Dierks. The result sounds remarkably as British progressive rock of the moment. Very melodic, with a ravishing and an accomplished lyrical sense of composition. Their following album is as great as the previous one, delivering impressive, extended, mainly instrumental heavy/ space rock tracks which can be compared (in some parts) to NEKTAR’s first effort.”